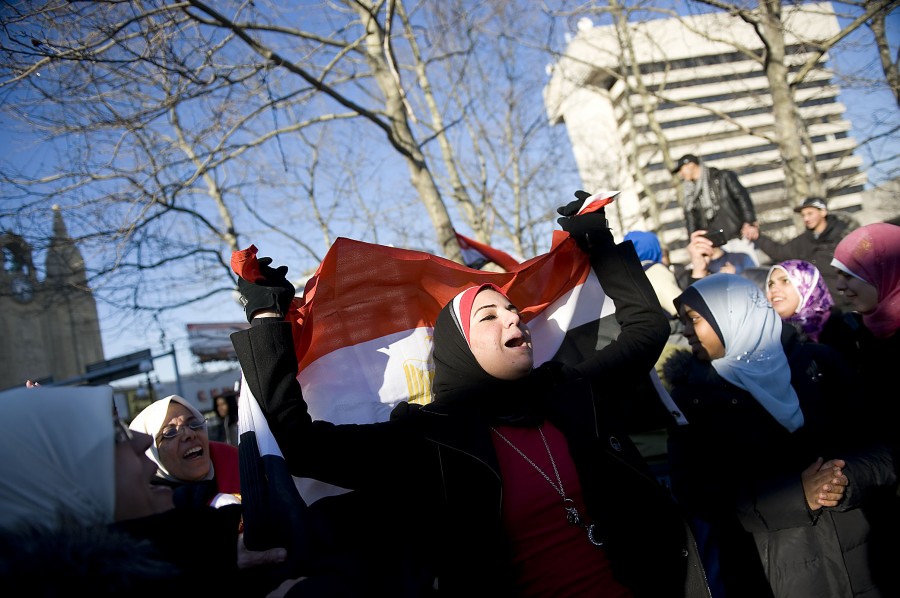 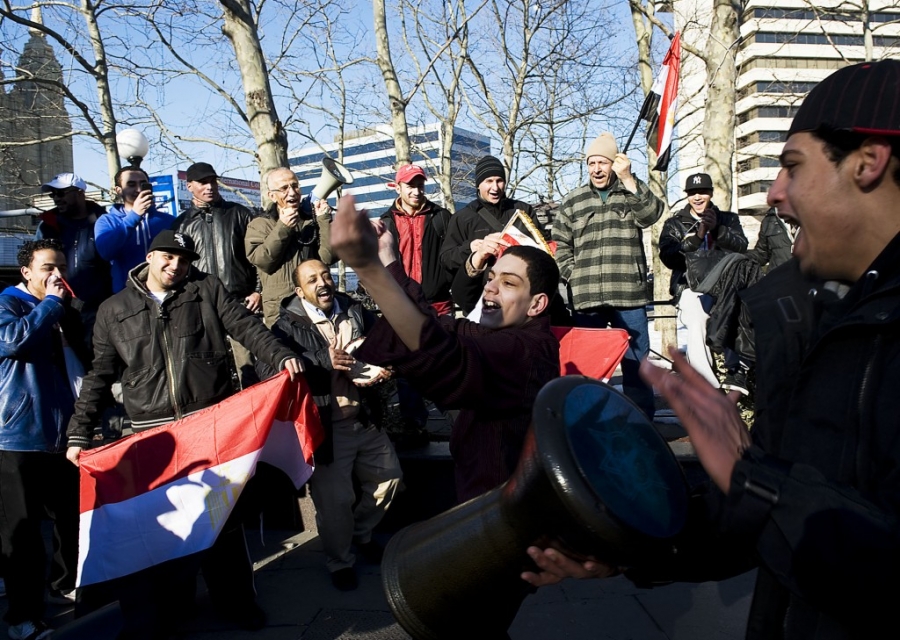 Demonstrators danced and chanted in celebration. 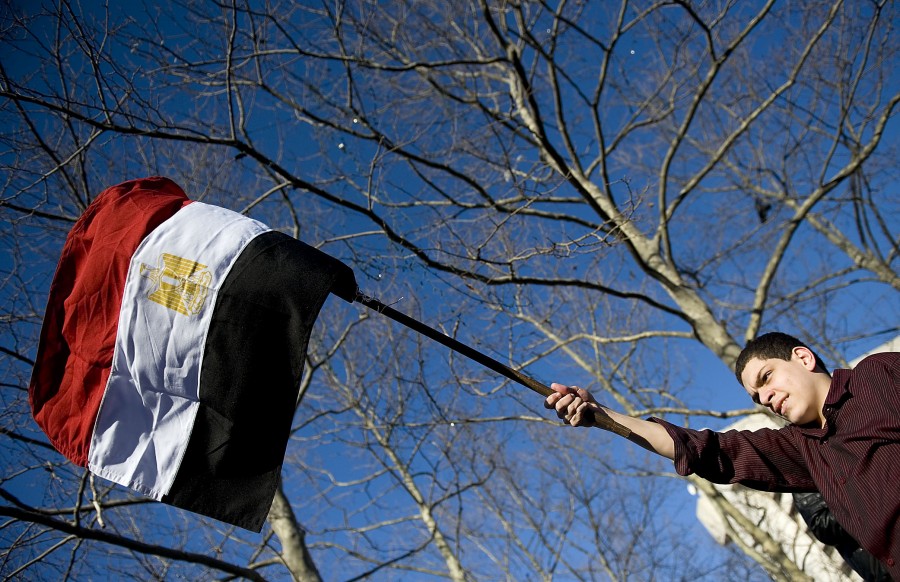 Sohaib Akl, 4, joins the demonstration wrapped in the Egyptian flag.

Troy Reid, who works for Liberty Tax Service, is swept up by the crowd of Egyptians celebrating their “freedom.”

The crowd spills onto the street of Journal Square.

Emil Sarofidem, a supporter of Egyptian President Hosni Mubarak, who resigned today, argues with the anti-Mubarak crowd about the change in leadership in Egypt.

Emil Sarofidem, a supporter of Egyptian President Hosni Mubarak, gets into a scuffle with anti-Mubarak demonstrators in the middle of the street.

Jersey City police pacify Emil Sarofidem, a supporter of Egyptian President Hosni Mubarak, after getting into a scuffle with anti-Mubarak demonstrators.

Ahmed Shedeed, director of The Islamic Center of Jersey City, center, leads Egyptians in a demonstration.