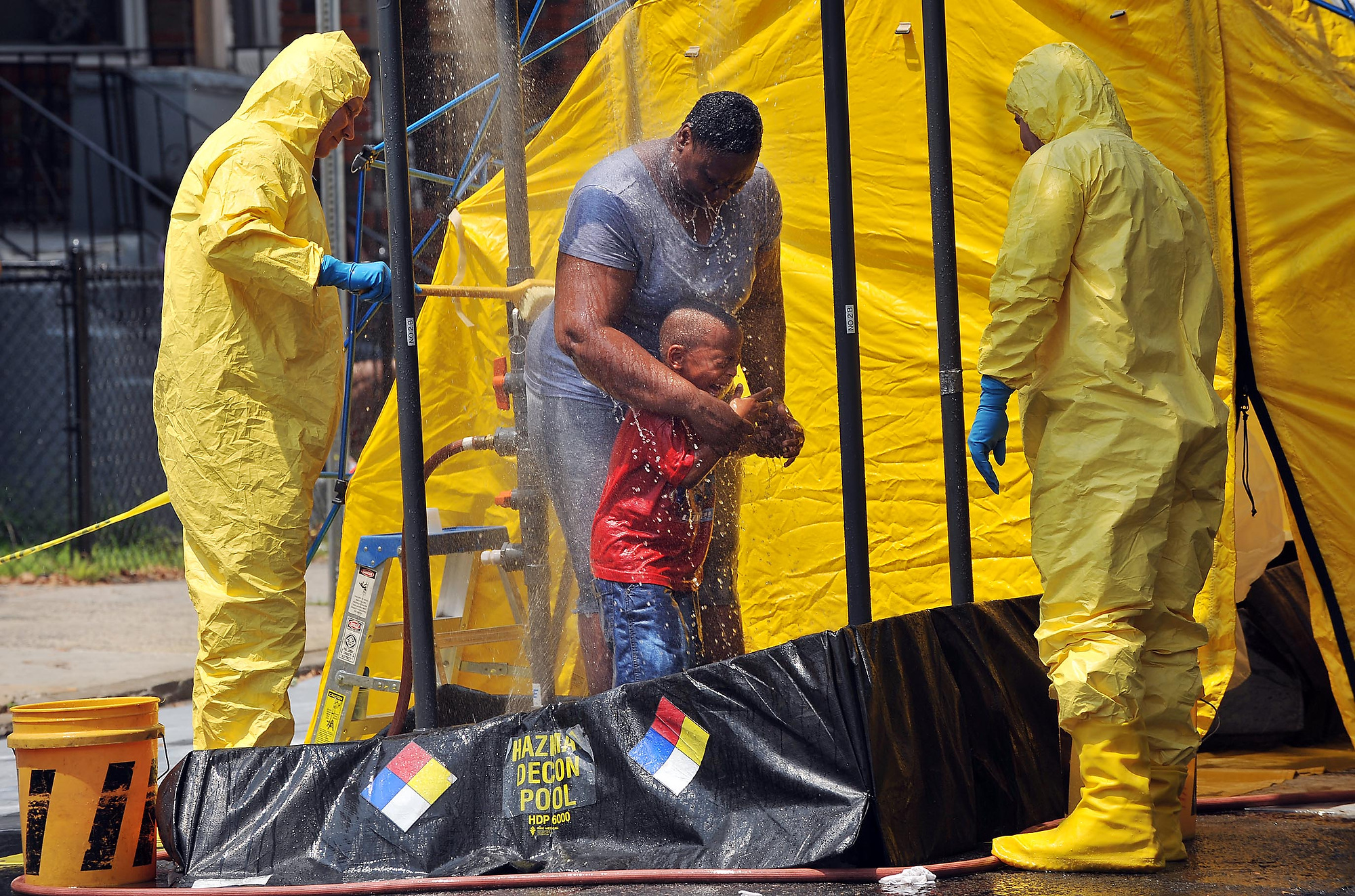 
Jersey City firefighters decontaminate a young boy and a woman who lived in a bed bug-infested house on Wilkinson Avenue. Hudson County Sheriff's officers who showed up at the house looking for a weapon in connection with a domestic violence incident were greeted by an infestation of bed bugs, prompting the Jersey City Fire Department to set up a decontamination tent in the street. Ten residents of the building as well as five sheriff's officers were quarantined in the two-and-a-half story building while fire officials brought people out to scrub them down in a special shower set up at the scene. (Reena Rose Sibayan | The Jersey Journal)