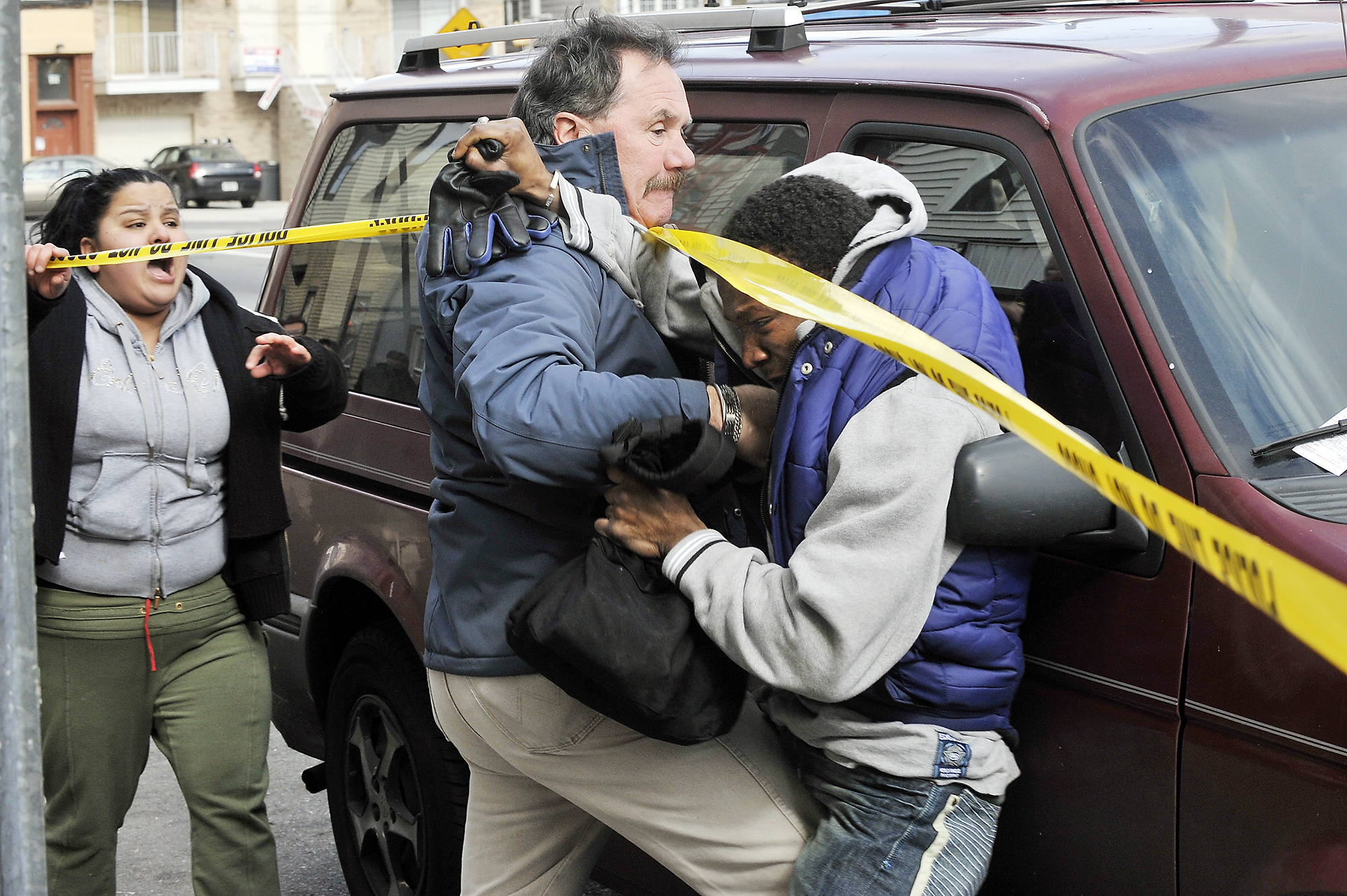 
Jersey City police detective Robert Potter stops the distraught brother of murder victim, Ramona Pujols, from going into her apartment building on Central Avenue where she was found dead. Jersey City officers detained the brother, cuffed him and was taken away in a police car, after he continued to be uncontrollable at the crime scene. He was released later in the day. The main suspect, Pujols' boyfriend, William Davila, 36, was arrested the next day. (Reena Rose Sibayan | The Jersey Journal)