Editorial: News and Features: Sharing in the Historic Moment 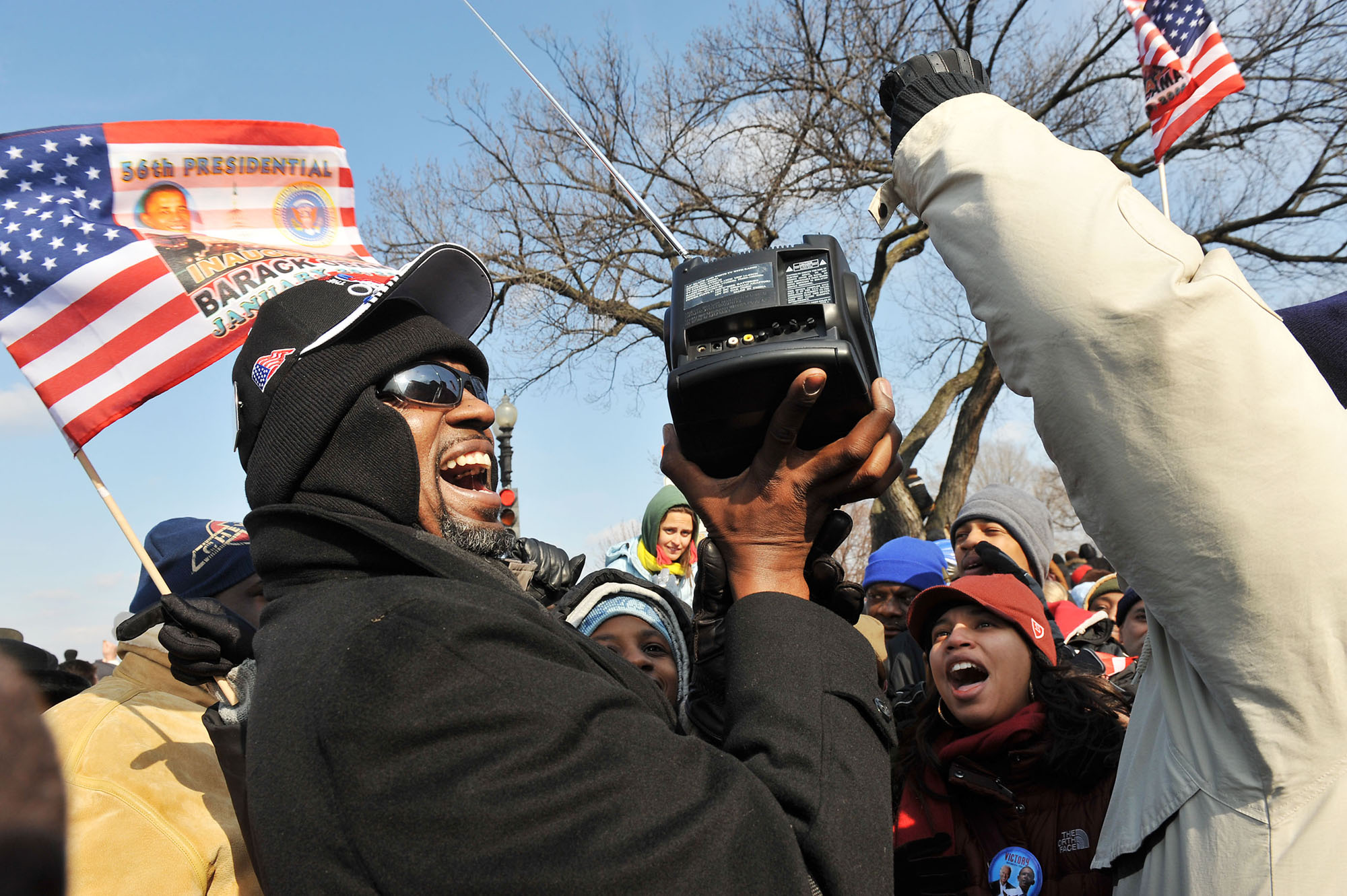 
Jerry Cork of Maryland shares his portable television with complete strangers who came to the nation's capital in hopes of seeing in person the historic moment when Sen.Barack Obama is sworn in as the first African-American president of the United States, but instead were unable to get past the huge crowds that have gathered on the National Mall. (Reena Rose Sibayan | The Jersey Journal)